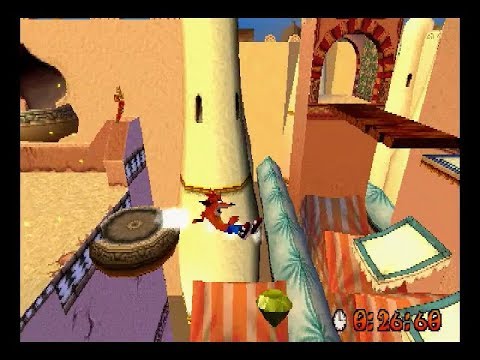 The above RTA timing is supposed to represent the timing method used on speedrun.com along with some adjustments to make the times more comparable.

This is the full completion category of Crash 3, where you must get 105% and end on beating Cortex and getting the 105% ending.

This category in it's pure unrestricted form would be very similar to any% since you can use item glitch to get all the needed items and go straight to the end. Without restrictions, 105% would be under 10 minutes and not worth watching over any%. As a result there are 3 restrictions worked into the ruleset for this TAS.

The first restriction is no item glitch, this is the most important restriction and actually makes 105% worth running.

The second restriction is no zip-zagging (zip-zagging video: https://youtu.be/GIbr3T889TQ ). By extension this also means no gate glip. This was probably the most difficult to decide rule for the run. The reason for this is to make the movement closer to what a human would perform. Zip-zagging is impressive for the first few levels, but after a few levels they begin to all look the same. I asked many people in the community and there was a very strong preference to banning zip-zagging.

Note: This is not to be confused with zig-zagging which is a fundamentally different technique and is still allowed, it gives a much smaller speed boost and is used RTA.

The last restriction is that SFX will be left on. Usually runners turn off SFX which skips some cutscenes, but as a result only the music plays for the run. Crash 3 TASes are encouraged to keep SFX on. While I fundamentally disagree with keeping SFX on in a pure any% TAS, restrictions have already been made for this category so it is more reasonable to make one more. The other argument for SFX on is that the final time can be calculated as if SFX was off.

To summarize this category gets 105%, then beats Cortex with 3 restrictions:
- No item glitch
- No zip-zagging
- SFX on

-What's a TAS-
A TAS, or "Tool Assisted Speedrun" demonstrates the fastest time that a speedrun could be completed without the usual disadvantages of human reaction times, skill, luck and execution. This is achieved by slowing down the game and deciding exactly which buttons are the best to press for each frame. The result is played back at full speed and often looks like perfect and/or superhuman gameplay.

-Timing-
There are 3 differences in timing that makes the TAS time and theoretical RTA time drastically different (over 9 minutes difference) for this category.

This is incredibly important to keep in mind because from looking at the TAS timing it appears that the TAS is only 7 minutes faster than RTA runs on speedrun.com, in reality the TAS is over 15 minutes faster than RTA. Of course these are completely different goals and tool assisted runs should not be compared to RTA, but it’s important to have a consistent final time for both RTA and TAS to get an idea of how fast each method truly is at beating the game.

Standard TAS timing starts from power on and ends when the last button is pressed (triangle to skip speed shoes text in Crash 3). This is a good standard method but it differs from the method that speedrunners use. There are 3 main differences in the timing methods.

The first difference is the timing itself. TAS timing starts from power on, but RTA starts from when you gain control of Crash (about 48 seconds after power on). Both timing methods end on the last input.

The second difference is use of SFX. I chose to keep it on, losing over a minute but most RTA runs turn it off.

The last and most significant difference is the loading times. As it should, Bizhawk emulates the loading times for a PS1 accurately as far as I know. However, it’s possible to play PS1 games on a PS2 slim which has a feature called FDS (Fast Disc Speed) which drastically reduces loading times. Naturally, most speedrunners play using a slim PS2 with FDS. This costs about 6 seconds in every single level. 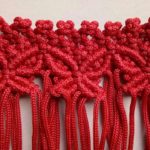 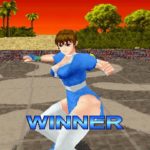 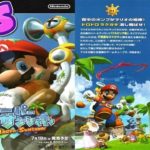