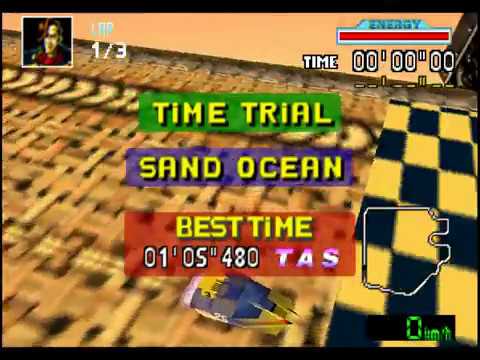 Just to be clear, the Blood Hawk ghost that I'm racing against is in fact the same run from the Bronze Cup TAS that I made back in 2014:
https://youtu.be/wEnCdPLuYh0#t=98

There's a lot of potential to really break some of the Bronze and Silver Cup tracks even further than I did 3.5 years ago mainly due to the fact that I didn't discover how potent DTA would be when combined with AGG until I started TASing Gold Cup. Out of the first 12 tracks of F-Zero X Climax (Bronze + Silver Cup), I felt that Sand Ocean 1 was the best track to demonstrate, for better or for worse, just how far things can go.

As well as being the first TAS to have red instead of black or "pseudo-rainbow" side-attack borders, this is also the first TAS I've made where I perform a DTD, cancel it into a DTA to gain height and even recover some speed lost from cancelling the DTD, then perform another DTD afterwards, all in a single AGG aerial maneuver. Even if I did this while facing the right way around, this would still be very notable, but the fact that I didn't makes it even more so.

Played at 15% speed / frame by frame with a controller and savestates were used.

Base track design from F-Zero Climax, "F-Zero X-ified" (if you will) by Philippe Brodier. 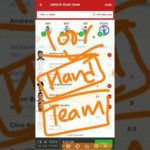 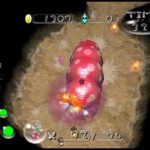 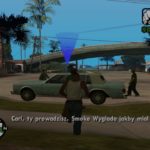