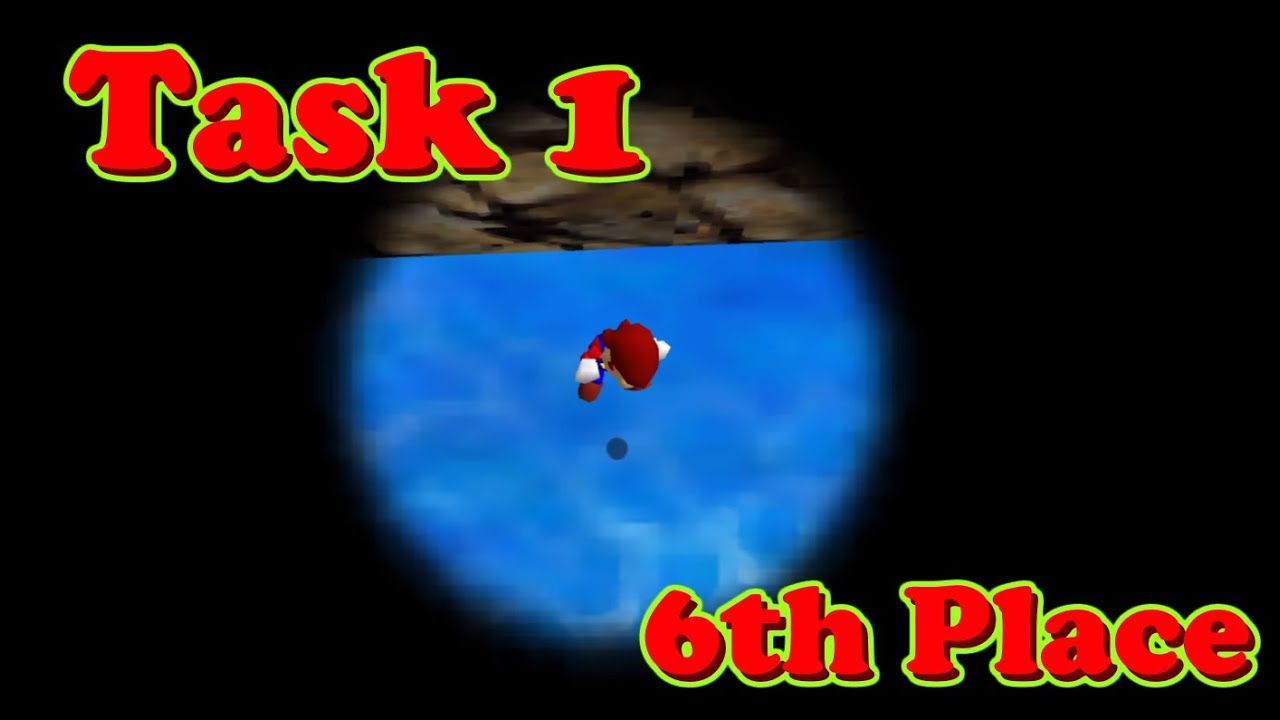 My entry for Task 1 of 2018's TAS competition. Just for fun, I show several earlier versions of my TAS, using Kaze's Ghost Race hack. Hopefully you find these entertaining, and hopefully they make a good learning resource for other TASers!

There was supposed to be a label at the bottom of the last run saying "Attempt 5 (-1f, Incomplete)", but I accidentally removed it in editing & only found out at the end of an hour-long encode, so it'll have to do... Oh well ¯_(ツ)_/¯

Enter Tiny-Huge Island from the small island painting and collect 4 secrets, then kill Mario. You must wall kick at least once after activating each secret.

- You may not wall kick before first secret
- You must start with Max HP
- If you wall kick and activate a secret on the same frame, the wall kick counts for after the secret
- Before blackness starts to fill the screen from Mario dying, Mario must have wall kicked for at least one frame

Time starts on first visible frame of the level and ends at the first black frame of Mario dying.

A good run imo. I put a lot of effort into trying to optimise my execution, saving many subtle frames in the process, but was mostly beaten due to using an inferior route (it would've been faster to collect the beach secret before the wall secret). Oh well, this was pretty fun to route & execute!

Also, to aid in comparison, here's a description of what changed between each attempt:
• Attempt 1: Came up with the basic route, didn't really try too hard to optimise it

• Attempt 2: Saved a frame near the start by clipping up onto the platform 1f earlier (through better positioning), then completely overhauled the latter half of the run with new movement

• Attempt 3: Landed from the DR near the wall further away, which allowed me to strain less, giving me a higher speed at the beach. Landed 1f earlier from both the DR and the speedkick on the beach area, as well as straining into the wall more, allowing me to wallkick 2f earlier. Also optimised the frame I chose to dive from the jump on, which I'd lazily missed in the previous attempt.

• Attempt 4: Changed the triple-jump + wallkick after the 3rd secret to use a double-jump instead, which causes me to take a lower trajectory, and means I have to jump one less time, which means I don't lose 1/5 of my speed twice. I was also careful to land high enough up on the slope to save a landing-frame at the end of the dive. I wasn't able to save the landing-frame at the end of the dive-recover though, as I couldn't move far enough (this may be fixable with VS manipulation, idk)

• Attempt 5: Saved a frame, by landing at the end of the first double-jump a frame earlier. This requires very precise (near-unit-perfect) positioning to be able to reach the platform before the end of the frame. I knew this frame could be saved from the 2012 120-star TAS, and wouldn't have thought of it otherwise. Unfortunately, I ran out of time before I could put together a new run with this save. Oh well...

If you're interested in following the competition, I'd recommend subscribing to Sonicpacker, his channel can be found at: https://www.youtube.com/user/sonicpacker, as he will be making compilations of the best entries, as well as helping manage the competition. It was an old video of his that inspired me to use this format for my competition entry!

The competition is being run at this Discord server, so head here if you're interested in participating, or just want to follow along! https://discord.gg/yTnEgvY

SM64 Ghost Race is a ROMHack made by Kaze Emanuar. That & other great hacks can be found at his channel here: https://www.youtube.com/user/KazeBG0 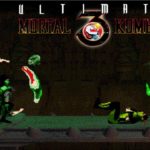 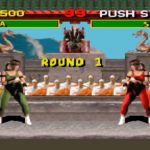 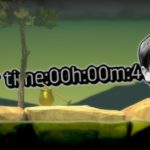 Getting Over It TAS

Getting Over It TAS Splits: https://goo.gl/RTuVuH