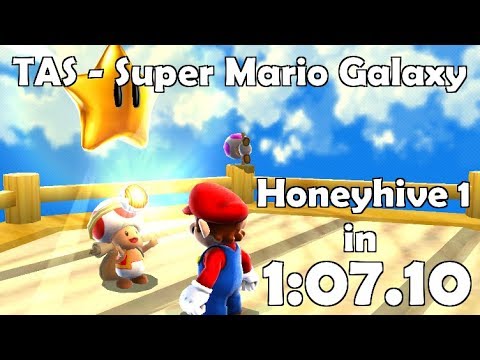 Any% TAS WIP
# of re-records so far: 11,166
We finally chose a route for more info open up the description!

Thankfully we have the route fully planned now and this includes starbit collection so those 2 starbits aren't that important. We are using a new route made by April (aka TheMilkGirl47) that I am calling "FF3 No TT." The route completely skips Toy Time and uses Freezeflame 3 instead of Sand Spiral (even with TAS I'm doubtful that we can collect enough starbits so I don't want to risk it).
Shoutouts to April and Trustfall (He was trying to improve the route too).

Breakdown of this level:
0:27 When Mario first lands I mash the A button so he jump cancels his animation. There is no specific frame to press A I literally had to play at 30% speed and mash the A button and hope... weird.
During that landing animation I collect 8 starbits in the top right that you probably didn't notice. I then turn the camera so I can collect the M of starbits behind where mario spawns.

0:32 When I accidentally loaded a wrong savestate I discovered that if I hold Up Left while on the first slope Mario is actually able to jump. I then made that a 2P jump because the extra height helps him climb faster. Although the 2P jump wasn't quite enough to reach the top so I needed to spin one more time and I cancel that into a long jump as soon as I can.

0:33 While in that long jump I change the angle of the camera so I can snipe 3 little blue enemies. By shooting them they give 3 starbits each which is a net gain of 6.

0:34 I do another long jump and a midair 2P jump out of it. This was very precise and the ledge was very jank but I somehow must clip into it because he actually does 2 ledge grabs to pull himself up. The first one went automatically and gave Mario just enough extra height to reach the actual ledge and pull himself up all the way.

0:36 this is just a long jump as late as possible so Mario could make it across. It looks like he's walking on air for a split second because he is. This game can be broken.

0:37 I have to adjust my positioning so I don't hit the bug. If I jump off of the bug it's initially faster but it prohibits me from doing an instant backflip which is an overall net loss.

0:39 During this next long jump I adjust the camera so I can collect the starbits that the blue guys dropped. I then instant backflip out into a 2P jump which gets me just enough hight to reach the ledge. This is faster than a triple jump up.

0:42 there's a known skip called the waterfall skip. This is my take on it

0:46 When climbing the first tree, the 2P jump gives mario enough height to be able to land on the tree which allows him to do a backflip. The backflip is obviously the fastest way to climb because it gives great height and immediate backwards momentum unlike slope jumps.

0:48 For the only upwards slope jump on the first tree I didn't use a 2P jump because the extra height wasn't needed to setup the skip.

0:49 I hold just slightly above left (0,130 instead of 0,128) which allows me to instantly hit full sliding speed. After this, I slide down the tree which is ~15 frames faster than jumping. Because of those frames I'm very confident that the 2P strat is equal to or faster than the double jump strat that the Japanese TASer used.

0:52 a precisely timed 2P jump and spin is enough to get across instead of climbing all the way up the tree and belly slidding down. I tried to land on top of the 2nd tree so I could get another backflip but I just barely wasn't able to. It might be possible but not worth me wasting hours and hours trying to get.

0:54 2P jumps and spinning as early as possible is the quickest way to climb the tree. I also tested 1P slope jumps and 1P ground pound jumps - these let Mario get instant backwards momentum but the ground pound animation wastes so much time. Spinning later will get Mario slightly more height at the expense of ~12 frames. I believe this might be able to cut out one of the slope jumps but because of the loss I believe it might be ever so slightly slower. Also, while climbing up the tree I spend a few frames sliding down to adjust my angle. This lets Mario climb faster overall. (The earliest option isn't always the quickest)

Finally, at 1:00 I wall jump spin and walk toward Captian Toad. I tested jumping off of the blue toad's head which got the text box faster but then put Mario in a terrible position to collect the star. I also tested jumping towards Captain Toad because Mario's airspeed is slightly faster than his walking speed but it's actually slower in this scenario.

Shoutouts to Alexander. I'm glad to see you're OK too.

Wow if you read all that props to you. So much happens so fast in this level. I think that it really shows off Galaxy's potential for TASing. 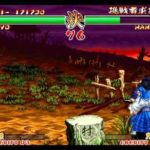 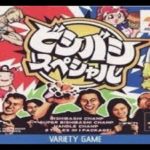 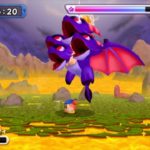