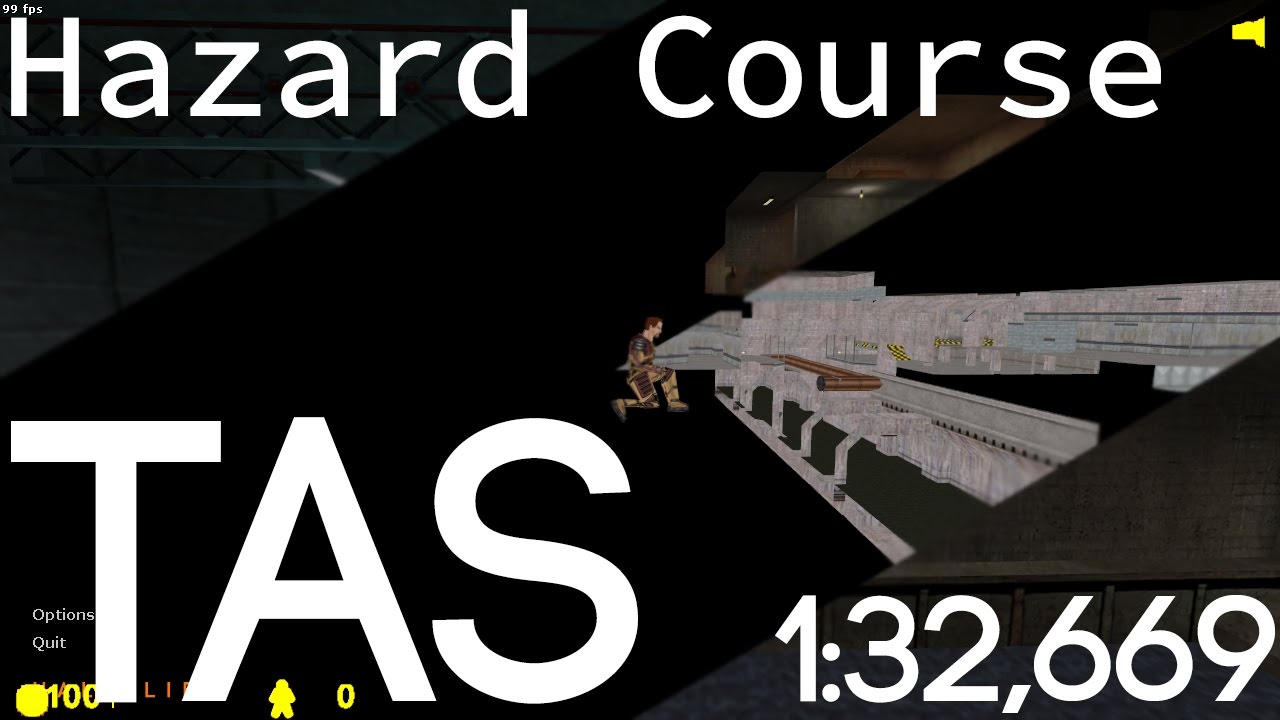 This TAS makes heavy use of save warping to complete the hazard course as quickly as possible. It's done on the WON version of Half-Life (100 fps, uncapped bhop).

Save warping is a trick based on changelevel delay. I will try to explain it briefly here. However, the trick is very difficult to understand if you aren't familiar with the GoldSource engine, and would best be explained in a video format, and hey, wait there's an in-depth video explanation of everything related to save warping now: https://youtu.be/bpr0aTxHFco

When you touch a trigger that takes you to the next map (a changelevel trigger), the trigger doesn't activate instantly, but is instead delayed to the next frame. By using the "wait" console command we can further delay the trigger activation. During this time we can move around the map and thus manipulate where we appear on the next level. This is called changelevel delay.

By making clever use of the save and load functionality we can delay multiple changelevel triggers at once, creating a queue of some sort. Then, by loading a correct save and letting the triggers activate, we can load the maps in the correct order and continue playing. This effectively allows to manipulate the position using all maps before the one with the trigger, and not just the map with the trigger.

There's little support for save warping in the TAS tools, so this script will probably desync for you. After I improve the support I will update this script.

The script was made on the latest Steam engine with WON DLLs.

Captured with a modified HLAE version specifically for TAS live capturing: https://github.com/YaLTeR/advancedfx/...
Edited and encoded with ffmpeg, VirtualDub and AviSynth+. 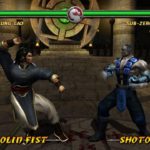 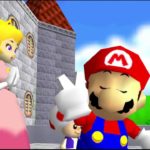 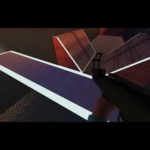 TF2 jump_omega TAS final time : 2:15 or somethingrushed TAS for fun, not grinding everything for a " ...