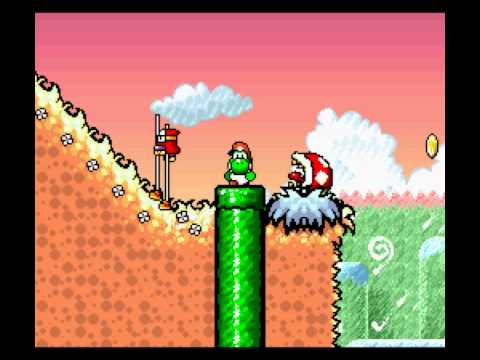 I was in waaaayy over my head trying out Kamek's Revenge (a much harder Yoshi's Island ROM hack made by a different team than Golden Yoshi's SMW2+ series).

This took 3 separate nights of route-building and actual execution in order to produce this.

Route-building was especially tricky because of the abundance of enemies to eat, but none of them are really spread out to be eaten quickly. Plus, I believe I pass 2 egg blocks, and it's always complicated with egg blocks because then you HAVE TO test if grabbing max eggs there is faster than manually eating enemies nearby, or if that is faster than getting stars manually via intended means (checkpoint rings/star clouds) versus producing red eggs and getting stars via red egg'ing enemies (if applicable), or if its faster to do a combination of the methods. It's a very tedious process that drove me insane.

I swear I missing some obvious solution to figure that out quicker than trial-and-error-followed-by-manual-timing-to-check. 🙁

[0:18] A very harsh lesson learned here: Never TAS without the emulator music on. This would've been a really easy error to hear and redo early in the run, but I didn't bother turning the sound on until savestating to hit the final flower and by then I was waaayy too far ahead to bother redoing that. Sorry.

Pretend I did the shot about 0.5 seconds sooner and everything would be fine.

[0:43] I intentionally don't do a "perfect jump" -- jumping the frame your previous jump ends because the camera doesn't adjust/reset to Yoshi, and that's what triggers the shy guy carrying the star cloud to appear sooner.

Also, in general, this section was horrible to do. Had no clue how to approach it for quite a while. Was trying to shoot the shy guy with an egg during ground pounds in the beginning until I accidentally realized I should just eat him and be really close to get all the stars effortlessly.

[0:52] I lied, this part was THE WORST. I must've spent almost 2 hours on this part alone figuring out how to:

a) Gather the third red coin quickly (Shooting towards the flower can't be used as the trajectory would be too wide to get it)
b) Get a red egg to hit the piranha plant with upon exit for 2 stars.
c) When to, during all of this, get an egg from the egg block to exit with 2 eggs.

Looks amazing, but holy shit this part wasn't fun to do.

[0:54] In case anyone is wondering, I figured out the consistent shot for the flower is to stand just about directly beneath it, and do an upward-aim-descending shot as tight as possible.

Once I figured that out, this part became MUCH easier.

[1:03] Yes, that is a star cloud, provides 5 stars. It's horribly placed. There's no good way to access it without losing momentum/almost completely stopping. Worked around that by red egging (1)the red switch cloud, (2) green shell in the red switch cave section, (3) piranha plant, (4) piranha plant (again), and (5) shy guy towards the end.

As of right now, I'm definitely gonna not touch Kamek's Revenge until I'm much better at TAS'ing. I'm still skepticle of whether I should've uploaded this as I'm not even that confident the route is good enough.

There's so many options in this level and I'm usually horrible at deciphering everything with "TAS options" as I play/think with "real-time ideas" -- limiting myself.

Will resume progress on SMW2+2 following this. 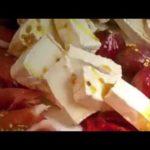 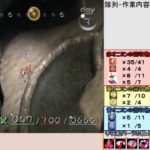 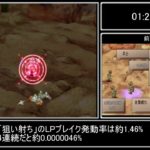