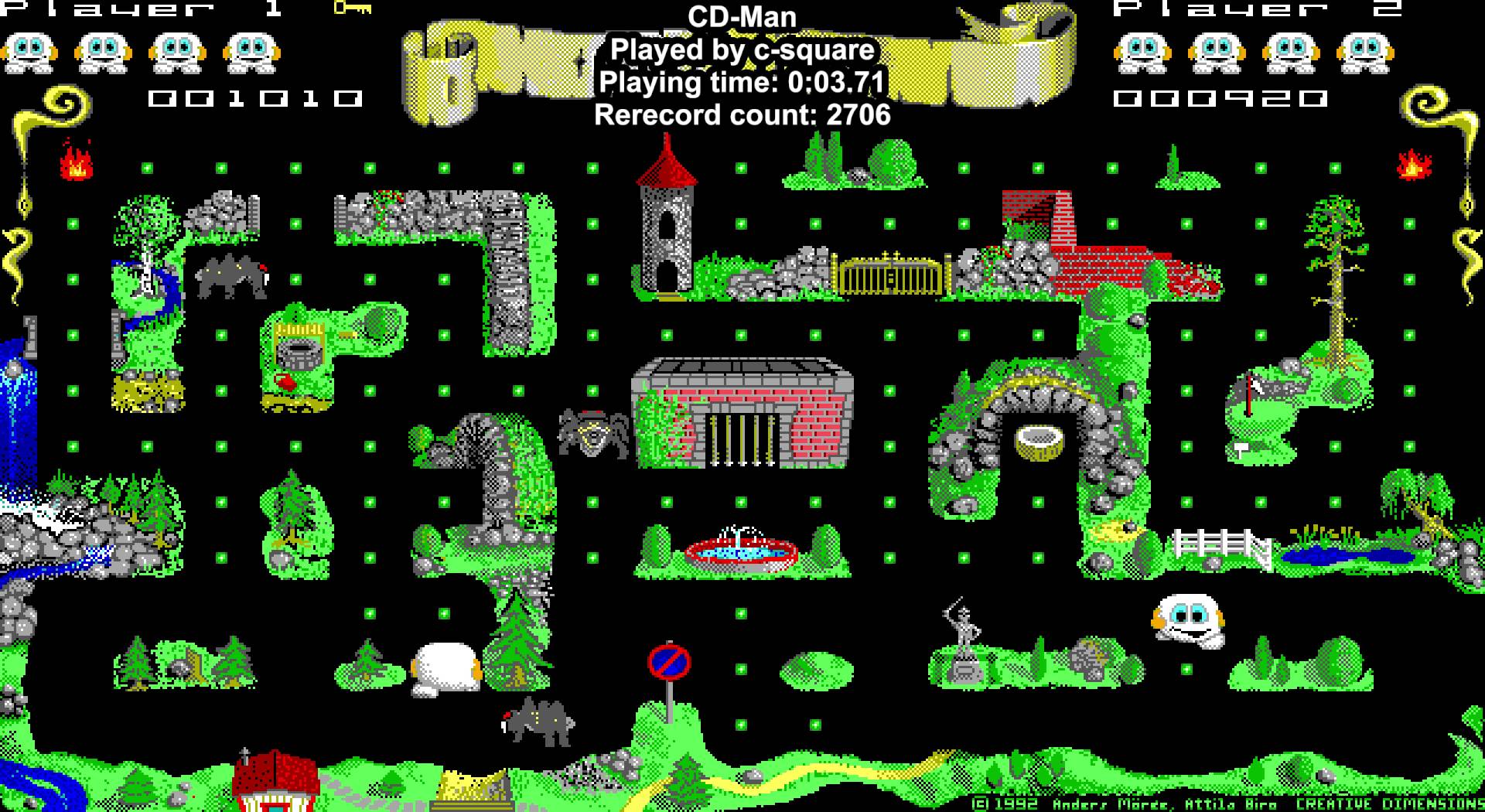 This is a tool-assisted speedrun. For more information, see http://tasvideos.org/2794M.html. TAS originally published on 2015-02-23.

CD-Man is a Pac-Man clone first released in 1989, then updated to Version 2.0 in 1992. The game speed options range from the really slow "Zzzzz..." to the mind-numbingly fast "Warp". Five levels are present in Version 2.0 of the game, unlike the original version, which ended at level 3.

Author c-square controls two characters simultaneously at the highest speed setting and clears the 5 levels twice in 3.71 seconds, making it the fastest published TAS on this site. 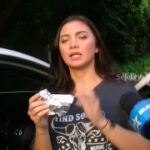 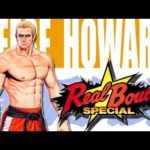 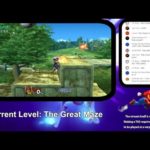