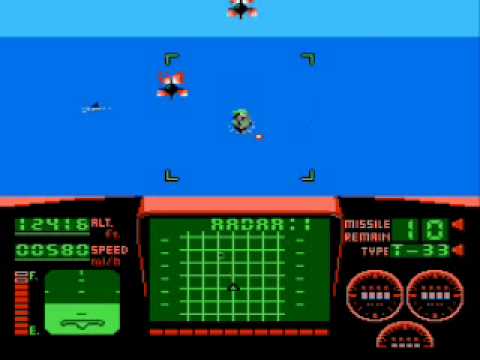 This was originally a submission to tasvideos.org (http://tasvideos.org/2721S.html), but I cancelled it before judging due to complaints on the forum regarding slow action and too much downtime. I plan on redoing it, trying to clean up the technicalities of the game, and hopefully up the entertainment value. When that happens, I will replace THIS video set as well. This will all take quite a while though, so don't expect the replacement to come very quickly.

In this TAS:
- There was no damage taken
- Weapons choice was optimized to save time
- Refueling sequences played WITHOUT slow-downs

This is a TAS (tool-assisted speedrun) I did. As far as TASes go, this one was pretty easy; I only used 854 re-records for the whole game (most use many thousands of re-records).

This was played on an emulator using slow-downs (frame-by-frame editing) and savestates for optimal play. I did NOT use slow-downs on the refueling sequences for personal preference reasons - I feel it's easier to do in real-time.

As I implied in my tutorial video for this game, Top Gun on the NES is basically misunderstood. The game is not QUITE as bad as people say it is, and the concepts turn out to be pretty good. In fact, the more I play, the more I like it and appreciate what the developers were trying to do. Landing and refueling - once you figure out what it is you're actually trying to do - is actually well done and gives you a sense of accomplishment when you do it. The problem is with the graphics, unclear and confusing instructions, and overall gameplay.

But remember, this game was PORTED onto the NES. It was originally made for the PC and Commodore 64. In terms of a flight simulation game, Top Gun actually does fairly well. As a video game (esp. for the NES), not quite as well.

The concept of the game is supposed to simulate how actual flight/fight training and combat missions would go in real life. The landing sequences were meant to force the player to monitor his visual distance from the landing target, altitude (up vs. down), speed, and direction (left vs. right). The game has a very nice balance for this once you figure out how to monitor this data.

The problems with the game arose because:
- Unfortunately the developers were not very specific in their instructions, nor did they make it very obvious what the player should be looking at in order to succeed (besides maybe the game booklet, but, really, who reads those things?!)
- Most people tend to ignore the radar instructions since they're not very clear-cut (Most people don't even notice these goals: Alt = 200, Speed = 288).
- The directions are very confusing ("Up! Up!" actually means raise your altitude, and NOT just the nose angle of the plane as shown on the radar).
- Many people tap buttons twice when they're only supposed to do it ONCE (i.e. "Left! Left!" is supposed to mean only tap the "Left" button one time. It says it twice for emphatic purposes only).

They SHOULD have left out the "Up" and "Down" directions on the radar, as well as "Speed Up" and "Speed Down", and let the player monitor this on their own on the plane's dashboard. It would have belayed tons of confusion.

At first, I thought the game designers spent NO time on the game and just tried to push out a game based on a popular movie title to make money asap. That may be only partially true though. Although the game does make you feel like you're in purgatory in terms of graphical detail (~AVGN), I can tell the designers put in a good deal of effort focusing on some of the other aspects of the gameplay:

-For one, it must've been very hard trying to portray a realistic way of landing a plane, and they actually do an okay job, once you know what it is you're trying to do.
- As the missions go on, the levels change. Each level has it's own niche, which is nice (Air-to-air combat, air-to-sea, air-to-ground). And mission 4 combines them all and changes the graphics (evening, twilight, then night).
- The lack of music in the majority of the game is to simulate sitting in a cockpit with the jet engine noise.
- The enemies do not get harder, but as you advance in the levels, there are more and more enemies and missiles (especially near the level-ending targets).

Some major flaws such as EPIC sprite popping, overall boring level design, too much downtime, and other things are somewhat forgiveable due to the fact that this game was released in 1987! And, unfortunately, due to the confusing gameplay, most people never ended up fully experiencing the game and the good things that it has to offer. But I've said it before, and I'll say it again: this game takes a LOT of patience to master. But it can turn out to be very rewarding when you accomplish the harder aspects once you know what to do. To see more details on how to land and refuel for yourself, check out my tutorial!: 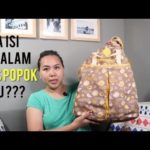 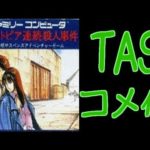 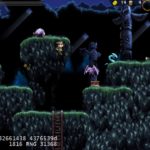