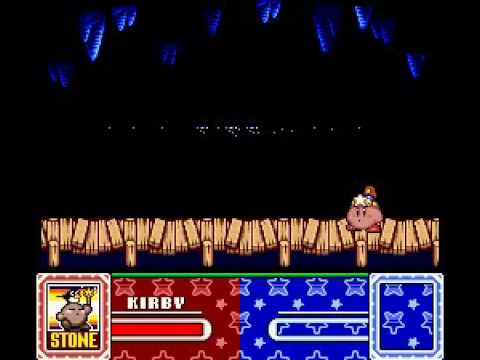 Rock. It's what makes Kirby Cheap in the Smash games. It's also the cheapest power and massively deadly in the wrong hands. Like mine. 😀
I was utterly shocked at how lethal rock was to bosses. If contacted correctly and timed well, it can do 55 HP damage per strike and Kirby can rock about 5 times a second. If properly timed this can kill most bosses in less than 5 seconds! The average battle time (per boss) in this video is 13 seconds. This is brought down by the Halberd Reactor and Heart of Nova.

Halberd Reactor: Wow! This is where I truly discovered the power of rock and realized that it wouldn't be the painful chore I thought it would be to go through the arena like this! Rock.....ROCKS!! XD

Combo Cannon: This is the fight I was worried about. It turned out really good though and didn't take any longer than the other Combo Cannons.

Heart of Nova: Although not Rock-based, I think I finally got the timing right on this.

Wham Bam Rock: He's not resistant to the Rock power. A little strange I think. On the last strike, the hand is actually right below Kirby on the first frame he descends so he takes damage; Despite looking like the hand dies by slapping the rock in mid-air, the rock is actually hitting the very bottom of the hand's hit-box.

Heavy Lobster: It may be possible that if he hadn't jumped I could have killed him sooner.

Kracko: This is the first battle where I have to forcibly get above him to hit him. I don't like the way this battle played out, but I don't think I could have done much better.

Computer Virus: Involves a little luck manipulation to strike first and to get the red dragon to attack with the stars rather than flap his wings. I MIGHT have been able to kill the dragon before he could strike back, but I couldn't get the timing right.

Dyna Blade: If I were OK with taking damage I would have taken it and ended this fight sooner. I don't like taking damage, though so it took a while.

Lololo & Lalala: A little more luck manip here to get them to come out where I want them. It may be possible to kill them in one pass if the timing were just right.

The other battles are just me doing rock as fast as possible.

I think I'll do beam now then cutter. I hate Beam even though it's Sakurai's favorite (or so I hear). Maybe there's some hidden potential there that I can find.

PS - I got the Samus statue once and thought I took a screenshot of it. I was going to put it at the end of the video, but turns out I didn't get it. Sorry. 🙁 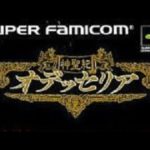 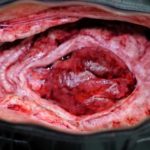 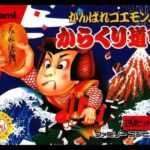