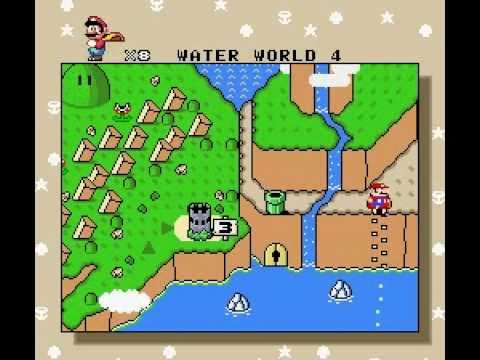 This is the 7th part of my Super Demo World TAS

Desert Secret: Saved a frame by duck jumping instead of normal jumping to the box.

Water World 4: 1/1 swimming saved some frames. Swimming through the slope is pretty cool. You need to be exactly at a 16 pixel boundary and swimming at a shallower angle than the slope. you also must be travelling at least one pixel forwards every frame. I had to slow down a little to make this possible.

Water Secret: Now this is a large improvement to Chef Stef. 7 seconds saved! I get P speed quicker due to optimisation, which saves a few frames, and then instead of using the blue shell for flight, I only use the blue shell to make the screen scroll upwards, because you can only go so far above the screen if it doesn't scroll. What I'm actually doing is the infinite flight glitch on the back of the yoshi. This is also why I don't do anything interesting, because when Mario is doing the infinite flight glitch, he can only move to the left or right very slowly.

If you want the SMV, you can download it at my googlecode page:
http://code.google.com/p/andymac-tas/

Super Demo World is a hack of the original super mario world for the SNES. 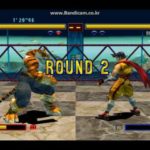 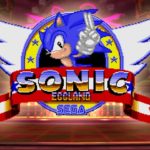 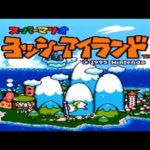