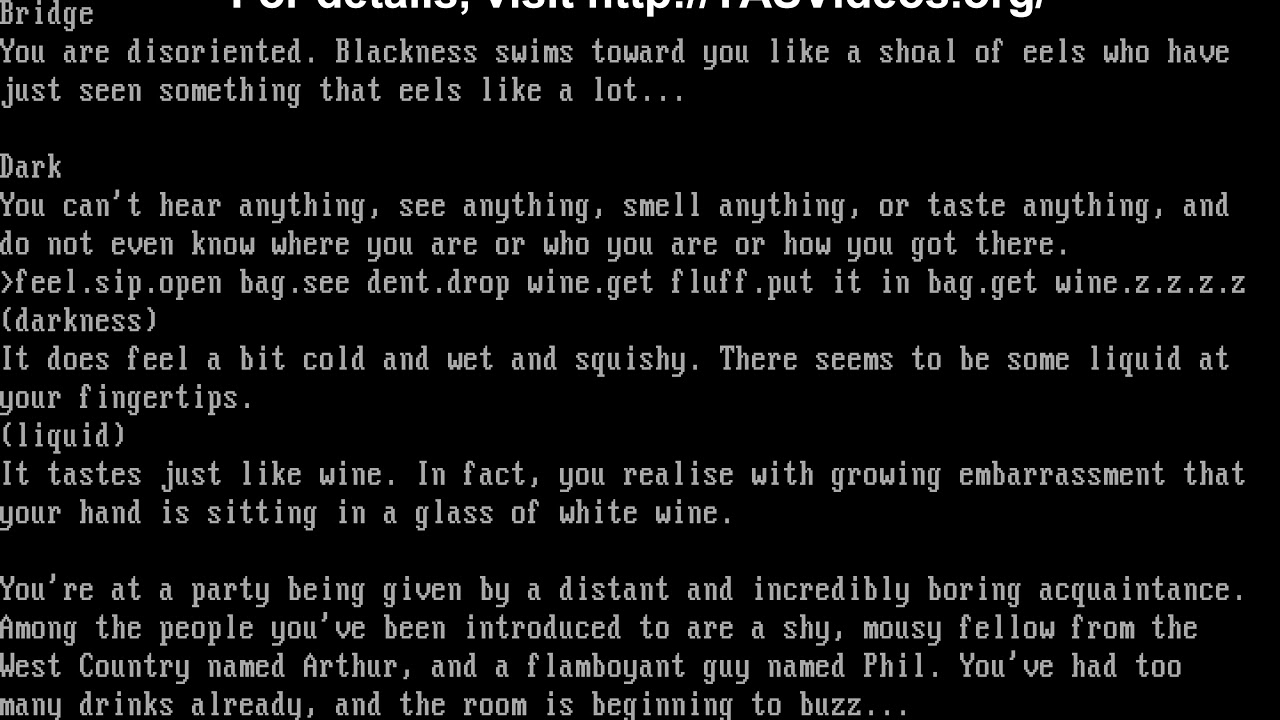 This is a tool-assisted speedrun. For more information, see http://tasvideos.org/3882M.html. TAS originally published on 2019-01-05.

The Hitchhiker’s Guide to the Galaxy is written by Douglas Adams and Steven Meretzky and based on Adams’ BBC radio series, television series, and the series of subsequent novelizations. It’s one of the classic Interactive Fiction games produced by Infocom, labeled as Science Fiction and has a Standard Level of Difficulty. Though divergent from the source material, the main characters, locations, and concepts are here. Unlike the book, death can come quickly if Arthur fails to observe his surroundings, collect inventory, talk to people, and consult the Guide. DON’T PANIC!

Note: Due to the sheer speed of the text scrolling, the second set of encodes are slowed down to 10% of the original speed. However, we recommend you play the game or read the book before you watch the slowed down version, as it spoils the fun of the game. 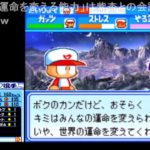 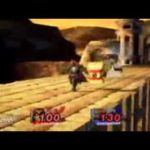 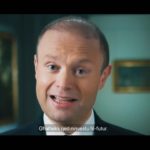